At the beginning of the nineteenth century, same elements of geography could be found in the works of the members of the Warsaw Society of Friends of Learning (e.g. a geography textbook) and in lectures offered in similar disciplines at Warsaw’s first higher education institutions. Wawrzyniec Surowiecki (1769-1827) gave lectures in statistics with elements of economic geography at the Main School for Law and Administrative Sciences (1808). In 1816-183l, lectures in cartography were held at the Royal University of Warsaw. At the Imperial University of Warsaw (where Russian was the language of instruction), an attempt was made to start the Chair of Geography and Ethnography in 1883-1885, but was abandoned due to insufficient funds. Same physical geography issues were taught as part of geophysics courses. The University of Warsaw was launched as a Polish educational institution in 1915 with the approval of the German occupation authorities during First World War. The Department of Geography was created by Professor Stanisław Lencewicz (1889-1944), who received his doctorate at Neuchâtel and postdoctoral degree (habilitation) at Lviv. The Department of Geography was established as part of the Faculty of Philosophy on l April 1918. 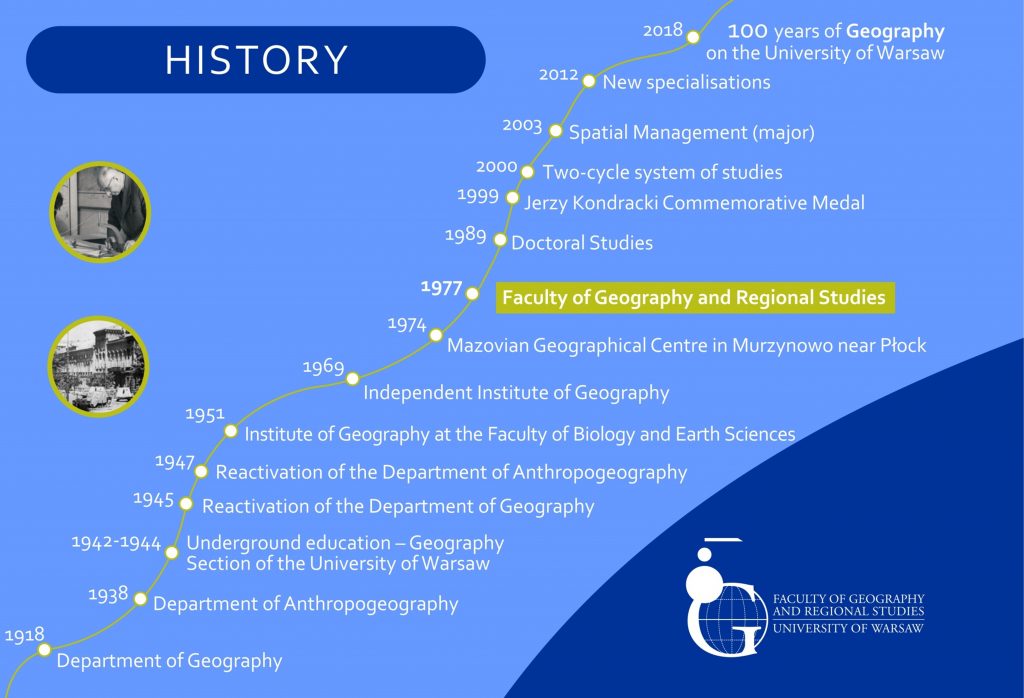 In 1920, Professor Lencewicz was appointed the Deputy Head of the Department, and in 1922 its Head, following his promotion to full professor. Lencewicz’s scientific interests included mainly geomorphology, limnology and regional geography. In 1938, the Department of Anthropogeography was established as part of the Faculty of Arts and Humanities on the initiative of Professor Bogdan Zaborski (1901-1985). A pupil of Lencewicz, Professor Zaborski had a declared interest in human geography, although he also studied physical geography. These two divisions were re-launched after World War II to form the Institute of Geography in 1952, located in the Uruski-Czetwertyński Palace, which was rebuilt after the War. This new geographical unit at the University of Warsaw was created by Professor Stanisław Leszczycki (1907-1996), who moved here from the Jagiellonian University. Professor Leszczycki was an economic geographer, President of the International Geographical Union in the years 1968-1972. In 1969-1977, the Institute of Geography operated as an independent academic establishment headed by Professor Jerzy Kondracki. He was the author of physical regionalization of Poland, which is commonly used till today. 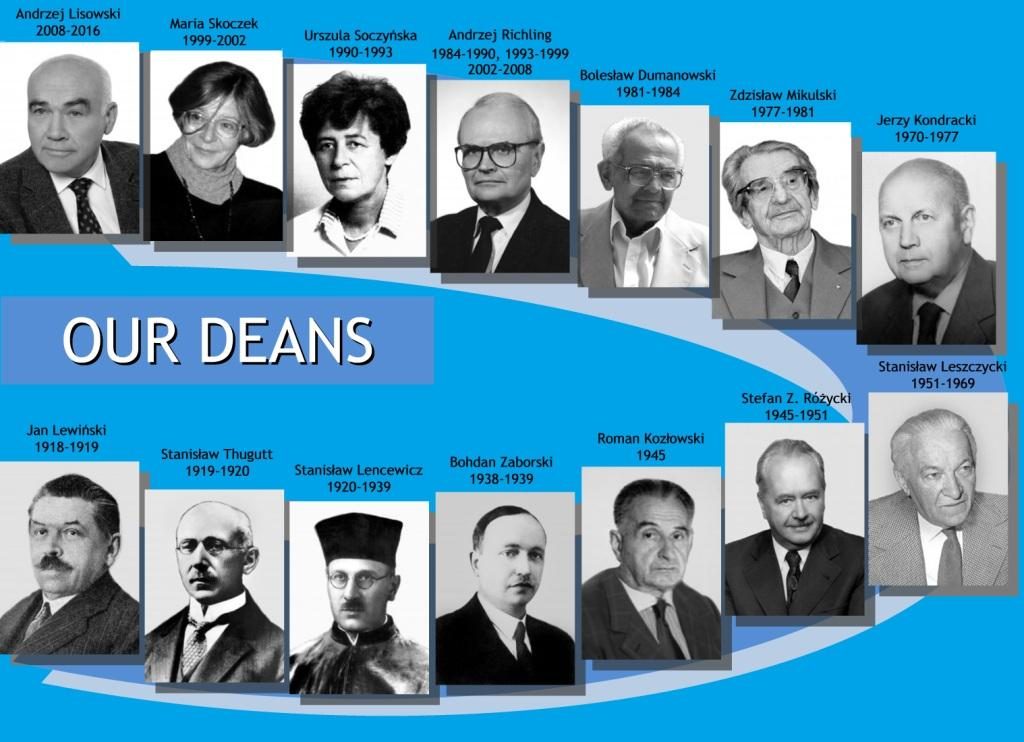 Until 1952, the geographic divisions of the University had no permanent address, and were located either within the University’s central campus or leased premises in central Warsaw, also in private apartments. At present, the main seat of the Faculty of Geography and Regional Studies is the Uruski­-Czetwertyński Palace erected in the Neo-Renaissance style at the Royal Route in the mid-nineteenth century, currently under renovation. The Faculty’s library is among the University’s largest and boasts the most extensive collection of maps in Poland. The Faculty also has a large number of lecture and seminar rooms, most of which are furnished with audiovisual aids. Well­equipped computer rooms and remote sensing and geochemical laboratories offer modern teaching opportunities and allow to prepare students for labour market entry. There are also opportunities for both team and individual work. The Faculty’s units have specialised equipment which can be used for teaching in house or in the field. The Faculty’s field station at Murzynowo offers accommodation facilities, lecture rooms and a geochemical laboratory.

END_OF_DOCUMENT_TOKEN_TO_BE_REPLACED

The Special Issue is a result of the 40th EARSeL symposium and the accompanying thematic workshops in Warsaw, in 2020. The symposia […]